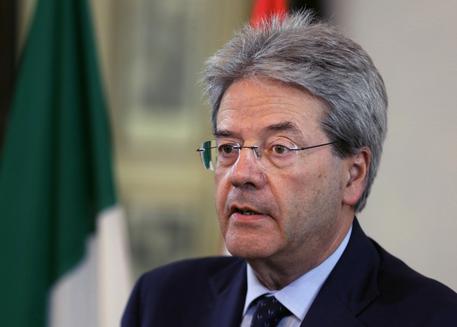 (ANSA) - Rome, September 4 - Italian Foreign Minister Paolo Gentiloni on Friday called for European Asylum rights to be established as Mattel Salvini, raucous leader of the xenophobic Northern League party, called for the closure of a refugee centre after one of its residents was arrested for the alleged murder of an elderly Sicilian couple.
Speaking in Luxembourg, Gentiloni said that "we have to move towards joint European asylum rights -- it won't be simple, but if we don't do it and we leave each country to deal with the problems, I think we risk a lot regarding (the) Schengen (free movement accords)".
The principle where asylum is granted by the country of arrival must be overcome, he added. At present that principle is enshrined in the Dublin regulation, which many EU members want to see changed.
In Sicily, Salvini visited the Cara refugee reception centre at Mineo near Catania on Friday, calling for its closure.
The centre hit headlines after one resident was arrested for the alleged slaying of a couple in their home in Palagonia, and the suspected rape of the woman. "Even the bishops' newspaper, the 5-Star Movement and Forza Italia are calling for the closure of the Cara (centre)," Salvini said. "All that's left are the baby Jesus and martians to call for closing this out-in-the-open shame, whose management has involved even the cooperatives of Rome's Mafia Capitale".
Salvini questioned whether all of its residents were actual political refugees requesting asylum.
"This is the fourth time I've come here. I don't know how many other investigations, how many other interventions and murders and disasters still have to happen to close the Cara di Mineo. Here hundreds of millions of euros have been thrown away." "Today I'm going to ask the nationality of the residents and we'll see how many of the resident immigrants are truly fleeing from war." Salvini claimed the migrant crisis can be resolved "speeding up procedures to identify true refugees and deporting all of those who aren't actual asylum seekers".
"But landings in Sicily and Calabria also have to be blocked, and there needs to be action in Africa." Salvini also tweeted disapproval of European leaders' handling of the immigrant crisis.
"Europe will punish member states that don't welcome immigrants enough? Clowns. The umpteenth proof that this Europe is a dangerous cage." "The EU and Italy have an embargo against the Syrian government and are accomplices to the ISIS massacres. Those images should wake up the consciences of those who pretend to be good but are actually true assassins," Salvini said.
The images he referred to were photos distributed on social media in recent days of a three-year-old Syrian boy who washed up on a Turkish beach after drowning in an attempt to flee Syria.
Salvini also called European leaders "ridiculous" and said German Chancellor Angela Merkel's "best effort is to say 'I'll take the Syrians', the only people who are fleeing war, as if to say, 'I choose who I want and you can keep the rest," he said.
Upon leaving the centre, Salvini poured scorn on opening humanitarian corridors in Syria to allow for safe passage of refugees.
"There 40% of the territory is occupied by the Islamic caliphate, so there, truly, you'd need to intervene with bombs to exterminate those beasts." In Ankara, meanwhile, Finance and labour ministers from the world's 20 wealthiest countries met for the G20 summit to discuss economic recovery with attention expected to focus heavily on Europe's current immigration crisis.
German Labour Minister Andrea Nahles said the immigration crisis could have an impact on the very idea of Europe.
Germany expects 800,000 immigrants this year, with an economy equipped to handle such an influx, and is already preparing measures to make it easier for migrants to enter the country's labour market.