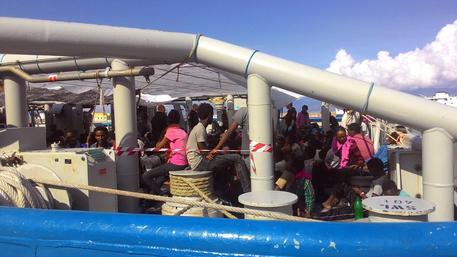 (ANSA) - Geneva, August 14 - The International Organization for Migration (IOM) said Friday that "at least 2,300" people have died this year while trying to cross the Mediterranean from North Africa to reach Europe. It added that close to 250,000 asylum seekers have landed in Europe this year, more than the number for the whole of 2014.
This month has seen the long series of migrant-boat disasters in waters south of Italy continue.
On 5 August, a fishing boat carrying over 200 migrants capsized off the coast of Libya with an as yet unknown number of drownings. On 11 August, roughly 60 people drowned in the same area when their overcrowded rubber dinghy began deflating in the summer heat. Rescuers saved 54 people, most from sub-Saharan Africa, out of the 120 reportedly on board. "These latest tragedies underscore the dangers faced by migrants in the Channel of Sicily, now the deadliest route for those fleeing violence, natural disasters and abject poverty," the IOM said.
"Despite the dangers, some 102,000 migrants crossed the Channel of Sicily from Libya to reach safety in Italy so far this year".