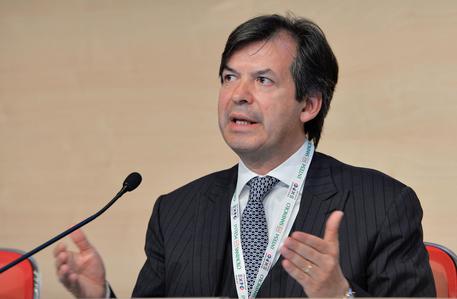 (ANSA) - Milan, July 31 - Italian bank Intesa Sanpaolo said on Friday that its net income in the first half of 2015 had more than doubled, rising to over two billion euros from 720 million euros in the same period last year.
It said the result was its highest half-year profit since the first half of 2008.
The bank also confirmed that it would distribute two billion euros of cash dividends in 2015.
"We can affirm that a bank like ours is a growth accelerator capable of making a difference in a year that could represent a turning point for Italy," Intesa Chief Executive Carlo Messina said.
"The half-year we just ended is the best half-year we have had since the creation of Intesa Sanpaolo," he added.