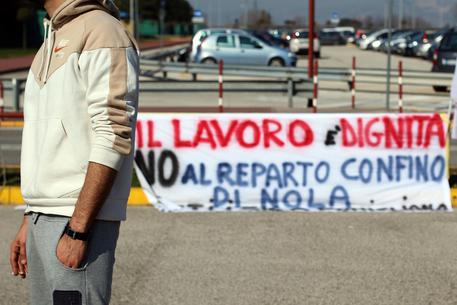 (ANSA) - Rome, July 30 - The economic crises affecting southern Italy could turn into permanent underdevelopment due to a "strong risk of industrial desertification," said industrial development association Svimez in a report on Thursday.
The report said that the lack of human resources, as well as financial and business resources, could hamper the south from achieving economic recovery.
The report highlighted a number of key statistics that reveal challenges in areas such as birthrate and economic growth.
The birthrate in southern Italy is at a 150-year low, with 174,000 births registered in 2014, the report said.
In the south, the birthrate has dropped to 1.31 children per woman, compared to the 2.1 necessary to ensure demographic stability.
"In the next few years the south will be affected by a demographic upheaval, a tsunami with unpredictable consequences," the report said.
In addition, southern Italy suffered its seventh consecutive year of negative growth in 2014, further increasing the gulf with the wealthier north of the country. "(Italy is) a country divided and unequal, where the south is adrift and sliding further and further behind," the report read.
"In 2014 southern Italy's GDP was negative for the seventh consecutive year (-1.3%)".
Antimafia Commission President Rosy Bindi said the situation is an "emergency" that calls for "clear political will".
"There isn't long-term and solid growth for Italy if a relevant part of the country risks underdevelopment, without work for young people and women, without investments in essential infrastructure​, without quality services for families," Bindi said.
Stefano Graziano, Campania's regional head for the Democratic Party (PD) led by Premier Matteo Renzi, said the report revealed a "catastrophic situation".
"Campania is the region with the second-highest risk of poverty. We can't remain indifferent to data that shows 66% of families in our region earn less than 12,000 euros annually compared to an average of 28.5% in central and northern Italy," Graziano said, adding that business investment is needed in the south.