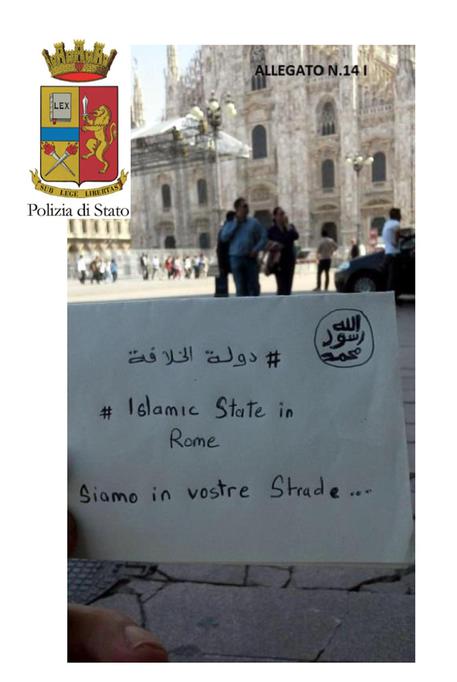 (ANSA) - Milan, July 22 - Italian police said Wednesday they arrested two suspected supporters of ISIS after they made threats against landmarks in Rome and Milan.
The two, one from Tunisia and one from Pakistan, had created a Twitter account called 'Islamic_State in Roma' and allegedly planned terrorist actions, posting messages with photos of famous Italian sites in the background.
"We are in your streets. We are everywhere. We are locating targets, waiting for time X," read some of the messages, written in Italian, Arabic and French.
Some were written on scraps of paper and held up before a camera with Rome's Colosseum and Milan's Duomo as well as its bustling train station in the background, implying these were terrorist targets.