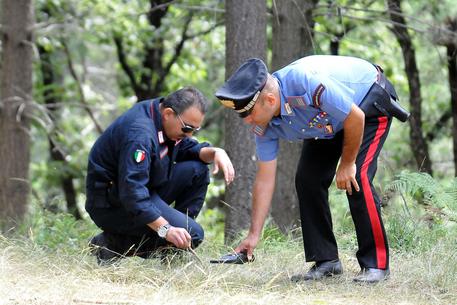 (ANSA) - Pesaro, July 21 - Two young Albanians were arrested Tuesday after being questioned for hours in the death of Ismaele Lulli, a 17-year-old student found with his throat cut in woods near the Marche port city of Pesaro. The pair, aged 19 and 20, are from nearby towns. Police said earlier they found bloody clothing near the body. Traces of adhesive tape were found on a tree trunk near the body, and police said they were also looking for a weapon. Lulli was last heard from Sunday, when he sent text messages to his family saying he was planning to move to Milan. When he did not return home that night, his mother called police who say they are treating the case as a murder.
An autopsy has been ordered for Wednesday.
The teenager's cell phone was also found, but police denied earlier reporters that two backpacks had been found.