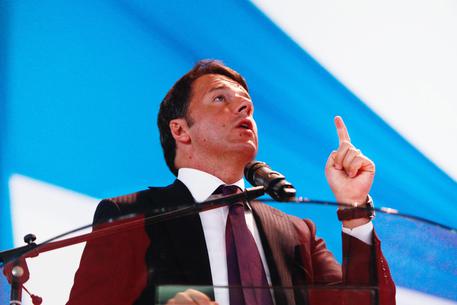 (ANSA) - London, July 21 - Italian Premier Matteo Renzi has embarked on a course of action that is "laudable and encouraging", the Times wrote on Tuesday.
In a comment titled 'The Renzi Way" the newspaper owned by Rupert Murdoch lauded the reformist agenda of Italy's 40-year-old head of government, comparing him to former British prime minister and Labour leader Tony Blair. The "scrapper" has challenged the "dogmas" of the more traditional left and opted to manoeuvre from the centre, the Times said, citing fiscal measures and provisions for accessing credit for business as well as controversial labour and constitutional reforms. "Like Silvio Berlusconi...he has tried to promote growth with policies favourable to business, but unlike Berlusconi he doesn't control 90% of television channels, nor is he involved in ongoing scandals," the paper wrote. "Greek observers should look at Italy with envy," concluded the Times, drawing a parallel between the two southern Mediterranean countries that are both grappling with "structural problems" and which both had technocrat governments before entrusting themselves to young premiers from the left. However, "while Renzi has channelled his energy into a broad programme of moderate policies aimed at mending the fabric of the Italian state Alexis Tsipras has pursued a much more destructive path" - at least until "his apparent recent conversion to structural reform".