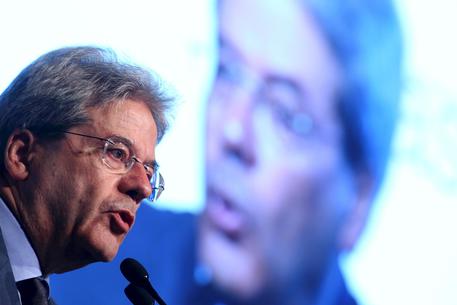 (ANSA) - Brussels, July 20 - Italian Foreign Minister Paolo Gentiloni on Monday said the EU is considering individual sanctions against "hardliners" in Libya who oppose the signing of a UN-sponsored power-sharing agreement reached in Morocco.
Gentiloni said the "hypothesis" of sanctions against "three to four" individuals who oppose the peace process could go into effect if there aren't changes among certain factions in Tripoli, despite the fact that there was support for the process from "most" members from Libya.
"Eleven of the 13 mayors and many militias are in favor of the peace process," Gentiloni said.
"Still, there has been a strong and threatening pressure from some hardliners against the possibility that there could be positive discussion in Tripoli," he said, referring to those individuals against whom sanctions might be imposed if they continued their opposition.
Four years after a revolution in Libya ousted dictator Muammar Gaddafi, two opposing governments are fighting for control of the oil-rich country where ISIS is gaining a foothold.
The conflict is pushing many Libyans to flee to European shores, causing an immigration crisis, especially for countries in close proximity such as Italy.