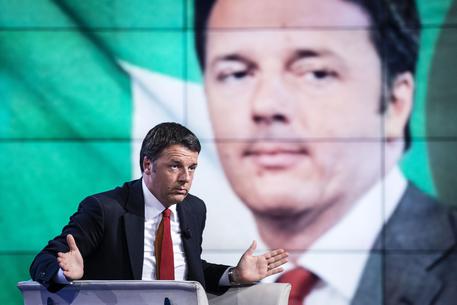 (ANSA) - Rome, July 9 - The Lower House on Thursday gave final approval to the government's controversial 'Good School' reform, sparking fresh protests against the flagship package, one of Premier Matteo Renzi's signature revamps.
Renzi, whose wife is a high-school teacher of Italian and Latin, celebrated on Twitter, saying: "One hundred thousand hirings, more merit, more autonomy #thegoodschool is the law".
The government has marched the reform through parliament despite strident protests from all of the nation's teachers' unions. The bill, which injects four billion euros into the school sector, passed into law with 227 votes in favour, 173 against and four abstentions. A session in the House before the vote had to be suspended when the Northern League displayed banners reading "hands off children" and the party's whip Massimiliano Fedriga was ejected from the floor of the assembly. Five rebel members of Premier Matteo Renzi's centre-left Democratic Party (PD) were among the lawmakers to vote against, said party dissenter Alfredo D'Attorre. Another 39 PD MPs, including former party leader Pier Luigi Bersani, former PD House whip Roberto Speranza and ex-PD chairman Gianni Cuperlo, did not take part in the vote, D'Attorre said. Among other things, the law beefs up powers for school principals and will see around 100,000 school teachers currently employed on temporary contracts get permanent contracts.
The reform has come under intense fire from education unions, opposition parties and a minority within the PD. The package has been criticised for allegedly paving the away for possible nepotism by boosting principals' powers and for leaving many temporary teachers out of the permanent hires.
As well as head teachers allegedly becoming 'little Duces', unions are against tenure being removed with the prospect of being moved far from one's post; and students and families getting to rate teachers' performance.
Education Minister Stefania Giannini said the approval was only the beginning of a fresh start for the sector. "This is not a final act, but the initial act of the school take a new role at the centre of attention," she said.
"No law is perfect; in the event we can correct it," she said.
"We've put four billion euros of fresh resources into state schools and we've established a principle of responsible autonomy," said Giannini.
Opponents said they would continue to protest the reform package.
Students promised an autumn "dense with activism" against the package.
"We cannot allow the state school system to be destroyed and dismantled piece by piece," the national spokesman of the Network of middle school students Alberto Irone said.
"Like many other points of reference within the school community, we have been contesting the provision and putting forward our proposals since last September, without being listened to in the slightest," he continued.
"Students will not accept a school that is run like a firm, antidemocratic, privatised and exclusive rather than inclusive.
We will not stop until schools are truly good," Irone concluded.
He was echoed by Rino Di Meglio, national coordinator of the Teachers' Guild.
"The reform approved by the Lower Chamber today is a reform against education imposed arrogantly by a single party that has only pretended to listen, when in reality for months it has remained deaf to the unanimous chorus of protests raised by the entire school community," he said, promising a "tumultuous" start to the new school year in the autumn.