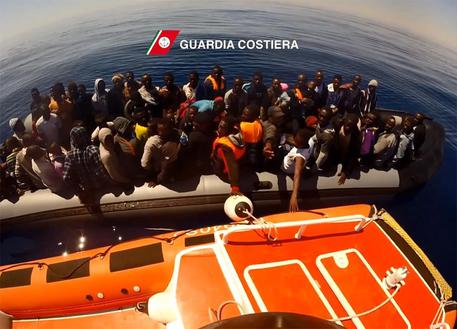 (ANSA) - Rome, July 8 - Justice Minister Andrea Orlando told a Senate constitutional affairs committee hearing Wednesday that Islamist terrorist organizations may be running migrants across the Mediterranean in order to raise money for their extremist causes. "We believe organizations that aspire to exercise sovereignty over certain territories cannot but fuel the phenomenon (of migration)," Orlando said. "They need to self-finance".
The minister went on to say that 26,218 refugees have disembarked in Italy in the first four months this year, 6.4% of them unaccompanied minors.
Orlando cited United Nations data showing a total of 137,000 people crossed the Mediterranean in the first six months of 2015, an 83% increase over the same period last year.
The minister also said the government plans to abolish the crime of illegal immigration from its penal code.
Criminalizing illegal immigration has proven "of limited if not zero effectiveness as a deterrent," Orlando said.
"The threat of sanctions has not diminished the flow (of refugees)," he said.