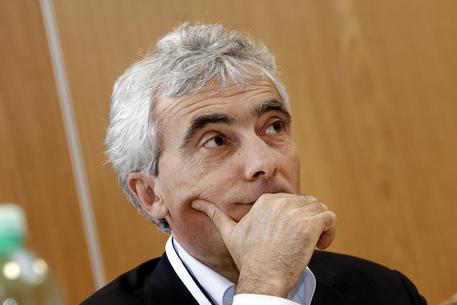 (ANSA) - Rome, July 8 - Tito Boeri, the head of pensions and social security agency INPS, came under fire on Wednesday after outlining his vision for a pensions overhaul at the presentation of the agency's annual report. Boeri argued that the contributions-based pensions system brings with it the scope for greater flexibility for people wanting to take early retirement, although the catch is that their pensions will be lower. "The rules of the contributions-based system allow for a certain degree of outgoing flexibility," Boeri said. "Sustainable flexibility means that those who retire earlier must spread out the sum of their contributions over more months than those who retire later". Premier Matteo Renzi's government has said it wants to make the pensions system more flexible to cater for people wanting early retirement. In recent years Italy raised the retirement age for men from 65 to 66 and seven months and is gradually taking it up to that level for women by 2018 to make the system more sustainable.
It has also switched towards a contributions-based system, rather than the old system based on final-working-years salaries, although it will take a long time to completely phase out the old system. Annamaria Parente, a Senator for Renzi's centre-left Democratic Party (PD) and a labour committee member, said Boeri's speech had provided interesting input.
But Parente also warned against "accelerating the adoption of a totally contributions-based system" as this would mean "further depressing medium and low pensions". Susanna Camusso, the leader of Italy's largest trade union CGIL, said that Boeri's proposal was plain "wrong".
"That means reducing by 30% to 35% the pensions of the poorest," Camusso said. Renata Polverini, an MP for ex-premier Silvio Berlusconi's opposition centre-right Forza Italia party, described Boeri's proposals as a "useless pitch invasion". Boeri also said Wednesday that retirees on high State pensions should pay a "solidarity contribution" to help make the national pensions system sustainable in the long term. "We think that its right to ask those who have high pensions earnings thanks to a system that was much more advantageous than for those who will have pensions in the future to make a contribution to finance a more flexible system," Boeri said.
In the annual report, INPS said it posted a deficit of 12.7 billion euros in 2014. However, the agency stressed that its operating deficit was much lower, 7.8 billion euros, adding that the sustainability of the social-security system "is not at risk".
INPS said that its net worth rosed from 9.028 billion euros to 17.952 billion thanks to the State covering debts from INPDAP, an agency for public-sector workers that has been incorporated into INPS. The agency said that more than 6.6 million Italian pensioners (some 42.5% of the total) have incomes of less than 1,000 euros a month. INPS said that this group of people's incomes represented only 18.9% of overall expenditure in 2014, receiving little more than 50 billion. It added that it found irregularities at 47,000 of the 58,000 companies it did inspections at last year, around 81%. As a result, the agency identified over 77,000 workers employed under contacts featuring irregularities.