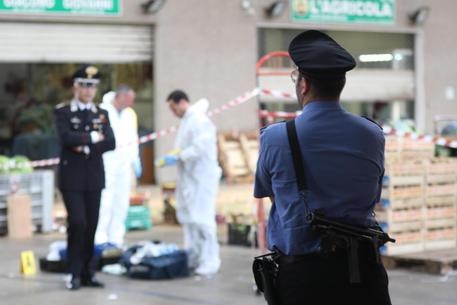 (supersedes previous)(ANSA) - Naples, July 7 - A 23-year-old man named as Giuseppe Galluccio died Tuesday after being shot twice in the chest following an argument with a passerby who urinated near his fruit and vegetable stand at a market in the town of Volla, near Naples.
A second man, 34-year-old Giuseppe Serracino, is hospitalized with a reserved prognosis after being wounded in the same attack.
Police are questioning three suspects with the aid of statements from witnesses including Galluccio's brother, who intervened to try to stop the shooting.
The shooter pistol-whipped him after the revolver apparently jammed, then dropped the weapon and fled.