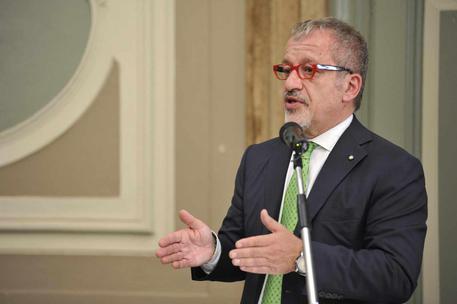 (fixes slug). (ANSA) - Milan, July 3 - As many as 150 private security guards will be deployed in trains and rail stations in Lombardy from September to escort ticket inspectors after a rash of violent attacks, Lombardy governor Roberto Maroni said Friday.
"The aim is prevention and you achieve this by showing that the inspector moves around under escort," said Maroni.
The deployment funded by the regional government was decided after a series of attacks on ticket inspectors climaxing when two inspectors were attacked by thugs wielding machetes June 11.
Cost to the taxpayer of using the external security guards, who will wear green jackets recalling the colour of Maroni's Northern League party, will be some 7 million euros for a year.
The 150 will be in addition to 75 security guards who were deployed on the Trenord local network on Monday at a cost of 3 million euros, regional alderman for transport Alessandro Sorte told reporters.
Maroni said the security guards had been hired because an appeal to the central government in Rome to send reinforcements of Carabinieri and police had fallen on deaf ears.