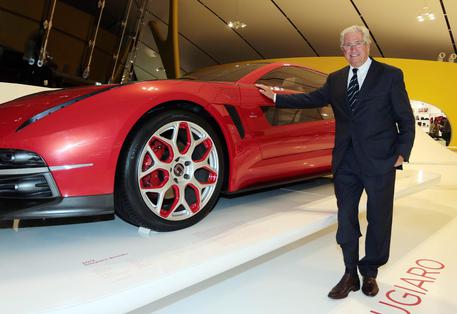 (ANSA) - Turin, July 2 - Iconic car designer Giorgetto Giugiaro on Thursday sold his family's remaining 9.9% of Italdesign Giugiaro shares to the Volkswagen group, via Audi. Giugiaro and his son Fabrizio quit as, respectively, honorary president and board member of Italdesign Giugiaro.
Since 1955 Giugiaro has come up with some of the industry's most famous car stylings including the Alfetta Gt, the Maserati Bora, Merak and Quattroporte, the Lotus Esprit, and the Audi 80 4000.
He has also authored the Golf, the Uno, the Punto and the Grande Punto.
In 1999 an international car journalists' jury voted him the Designer of the Century in Las Vegas.
Italdesign Giugiaro said recently that its work with Audi Group boosted revenues in 2014 and contributed to a 27% increase in the design team's workforce.
Since teaming up with Audi in 2010, staff has increased by 27% or 209 workers, said Enzo Pacella, managing director of the design firm.
He spoke of the company's budget alongside the release of Audi Group's 2015 sales and financial targets at a press conference in southern Germany.
Pacella said that Italdesign's revenues last year grew to 182 million euros, compared with 170 million euros the previous year.
In 2014 alone, 50 new staff were hired for a total workforce of 971 employees at year-end, said Pacella.
Based in Moncalieri, Italdesign is best known for its automobile design work.
In 2010, Audi acquired just over 90% of the design firm's shares.