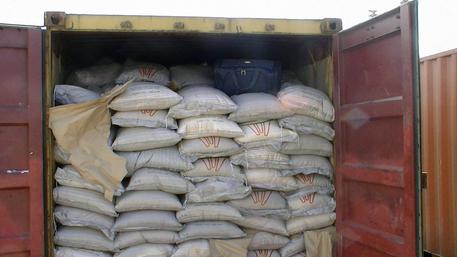 (ANSA) - Rome, June 29 - The Australian branch of the Calabrian 'Ndrangheta mafia has significantly undermined Australia's politics, according to a joint investigative report conducted by the country's media, which claim that the criminal group used political donations as a means to legitimizing its activities.
A report from the Australian Broadcasting Corporation and Fairfax Media found that the 'Ndrangheta - known to be active in operating drug trafficking and extortion rings as well as some legitimate businesses - used donations to leading political parties to cover up their illegal activities in the country. Australia is currently dealing with a major drug-trafficking problem, which the Tony Abbott government has blamed on transnational groups.
'Ndrangheta, Italy's richest mafia, controls the European cocaine trade and is considered one of the world's most powerful criminal groups. It is estimated to have made almost $60 billion in revenues in 2014, through illegal activities such as drug trafficking, and also legal and illegitimate business ventures, including fruit sales and garbage disposal services. Their earnings are thought to have made up almost 3 percent of Italy's GDP in 2014.
The investigation found several links between known and suspected criminals, and senior Australian politicians. The report said that a man with "deep mafia associations" met with former prime minister John Howard and other members of his conservative Liberal Party of Australia at a fundraiser in the early 2000s. However, the report did not suggest that Howard knew of the connection.
The report also alleged that the son of another mafia boss reportedly worked at the Australian embassy in Rome. Prior to his placement, Italian authorities shared sensitive information about the alleged criminal leader through the embassy, at a time when former Liberal minister Amanda Vanstone was ambassador to Italy, according to the report. There was no suggestion that Vanstone knew of the criminal links either, or that the placement resulted in a security breach.
Vanstone is also being investigated for granting a visa - while she served as immigration minister in Howard's administration - to alleged crime boss Francesco Madafferi, who was later convicted of drug trafficking and implicated in a murder plot.