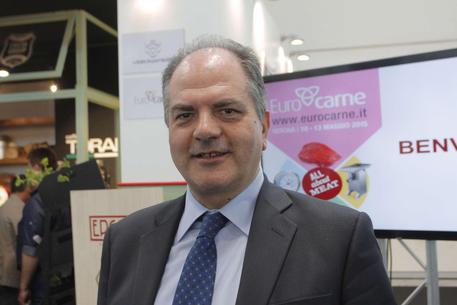 (ANSA) - Rome, June 23 - The government on Tuesday said it opposes a motion of no-confidence against New Center Right (NCD) agriculture undersecretary Giuseppe Castiglione, who has been named in the so-called Rome Mafia probe into a crime ring that allegedly muscled in on lucrative city contracts.
The Democratic Party (PD) caucus has called a meeting to decide on its line on this matter, parliamentary sources said.
The NCD is a junior member of the ruling coalition led by center-left Premier Matteo Renzi's PD.
Two opposition parties - the anti-immigrant, anti-euro Northern League and the small leftwing Left Ecology Freedom (SEL) - on Monday filed two motions of no-confidence against Castiglione.
The undersecretary was among six people under investigation by Catania prosecutors for alleged bid-rigging related to the Cara di Mineo migrant reception centre in Sicily.
The probe is an offshoot of the so-called Rome Mafia investigation, the last chapter of which saw 44 people arrested earlier this month for alleged involvement in the plundering of public money destined for migrant reception centres.
Also on Tuesday, Justice Minister Andrea Orlando told an investors' meeting in New York that the government intervened "in a clear, decisive way" to put an end to rampant corruption in Rome and elsewhere since news of the Rome organized crime ring involving businessmen, gangsters and politicians first broke in December 2014.
"We set up an authority tasked with fighting such phenomena, along with stricter norms," he said.
"This is a signal that has been received and that investors will receive once they see the results in coming months".