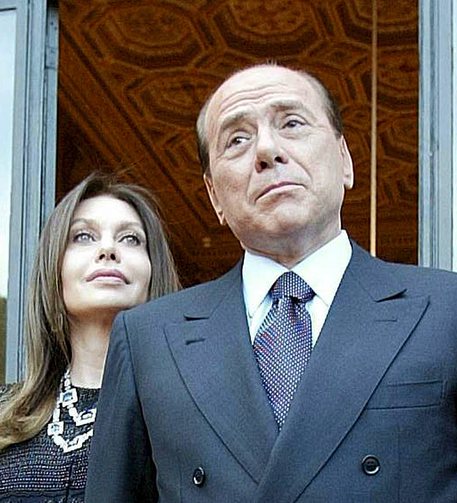 (ANSA) - Milan, June 23 - A Monza court on Tuesday ordered ex-premier Silvio Berlusconi to pay 1.4 million euros a month in alimony to his former wife Veronica Lario.
The ruling brings to a close a bitter alimony dispute that on the formal act of separation saw Lario, a former actress, awarded 3.5 million euros a month.
The revised 1.4 million euro monthly alimony order was determined by the size of the media magnate's estate, sources said. Lario, who was born Miriam Raffaela Bartolini, completed her divorce from Berlusconi in February 2014 after keeping out of the limelight since denouncing her then husband's eye for the girls in 2009, claiming "maidens are being fed to the dragon".
Berlusconi has been married twice and has five children, three of those with Lario.
He married her in 1990 after being smitten several years previously when he saw her perform topless in a Milan play about a philandering husband called The Magnificent Cuckold.