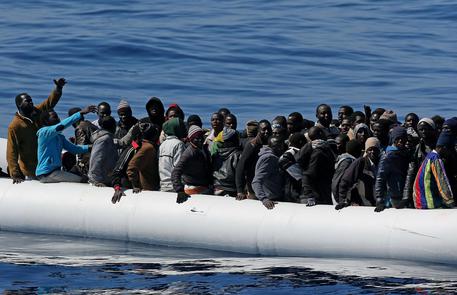 (ANSA) - Rome, June 23 - Applications for asylum by refugees have already totalled 22,000 this year, an increase of 49% over the same period last year, Interior Minister Angelino Alfano said Tuesday.
Speaking to the Senate's constitutional affairs committee, Alfano said that 48% of requests were denied, humanitarian permits were granted to 25%, subsidiary protection covered 18% of applicants and only 6% were granted refugee status.
As well, 59,606 immigrants arrived in Italy since the beginning of the year, a similar number to the same period of 2014, said Alfano.
Officials have found that 92% of arrivals set sail from Libya, and the majority - 25% - are Eritrean, another 10% Nigerian, Somalis comprised 9% and Syrian 7%.
At the same time, a spokesperson for the European Commission said it was standing by its quota plans on how to settle some 40,000 refugees across Europe.
Margaritis Schinas said that the EC "will defend our proposal and we want to see results soon".
She warned against believing reports from draft documents, some of which have suggested countries will decide on migrant quotas among themselves.
The issue is likely to be high on the agenda when EU leaders meet later this week at a summit.
Meanwhile, Alfano told the Senate committee that some 78,000 migrants have been temporarily settled in Italy, including about 48,000 in temporary shelters, about 20,000 in asylum reception centre and another 10,000 in government centres.
He said the government was committed "to ensuring a more equitable distribution across regions, to minimized the impact and favour the path to integration".
Distribution of migrants across Italy has become a highly charged issue, with centre-right politicians in northern regions ordering local officials to prevent migrants from settling.
The government is also "remodeling" its migrant settlement system to boost health screening and identification resources for key ports where most migrants arrive, said Alfano.
Existing centers for asylum seekers "will change in function to become regional hubs for managing large numbers," with more help for asylum seeks making their initial applications for help.