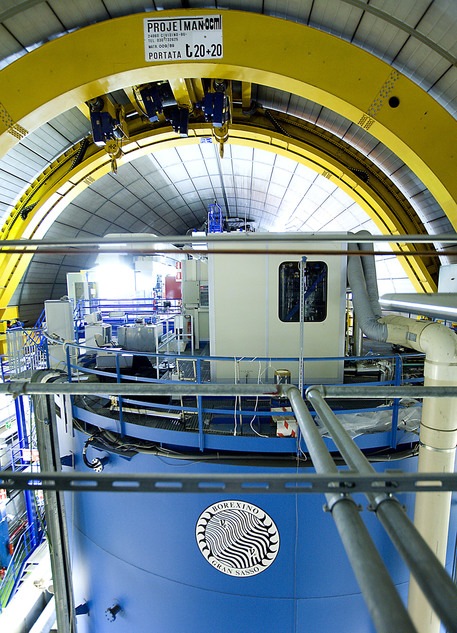 (ANSA) - Rome, June 22 - A team of international physicists at the Gran Sasso particle physics laboratory in the Abruzzo region on Monday inaugurated DarkSide-50, a kind of "high-tech detective" looking for dark matter in the universe.
DarkSide-50 should allow researchers to work out what makes up the invisible and mysterious dark matter that makes up 25% of the known universe.
DarkSide is a cylindrical machine filled with 150 kilograms of pure liquid argon from mineral deposits in Colorado and covered with photomultipliers - technological "eyes" that will try to capture the traces left behind by particles of dark matter when they interact with the argon at the core.
Researchers at the laboratory, which is part of the National Institute for Nuclear Physics (INFN), began collecting data for the DarkSide experiment last April.
The project is funded by INFN together with the United States National Science Foundation and the US Department of Energy.
The experiment is a large-scale collaboration between INFN and Princeton University with participants from China, France, Poland, Russia, and Ukraine.