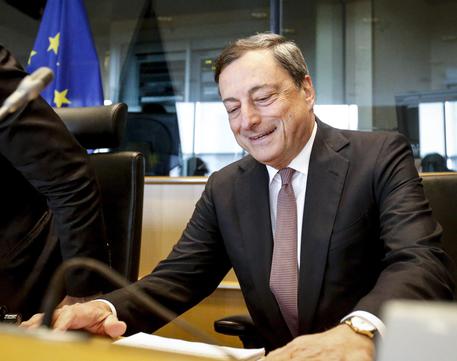 (ANSA) - Rome, June 22 - Europe must "safeguard the irreversibility of the monetary union," European Central Bank (ECB) President Mario Draghi said in a report on ways to strengthen the eurozone released Monday.
A "huge leap towards European integration" could be useful, moving the eurozone away from the "current system of coordination of the rules to one based on shared decision-making within common institutions," added Draghi.
In this way can "differences become convergences," he said in his comments on the 'Five Presidents Report' created by European Commission President Jean-Claude Juncker, Euro Summit head Donald Tusk, President of the Eurogroup Jeroen Dijsselbloem, President of the European Parliament, Martin Schulz, and Draghi.
The report is aimed at deepening the Economic and Monetary Union (EMU) beginning on July 1 completing it by 2025.