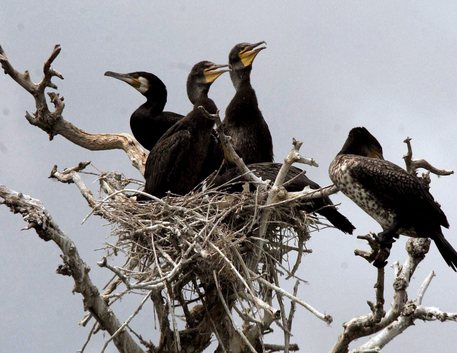 (ANSA) Oristano, June 19 - Sardinian environmental activists were up in arms Friday after fishers' co-operatives demanded a cull of cormorants they claim have pilfered tonnes of fish from the sea around the Mediterranean island.
"It is always the fault of the cormorants," environmentalists of a juridical intervention group said in a statement issued in response to a request by the fishers for authorities to undertake "controlled containment" of the aquatic birds.
The Greens say that poor management of the fishing industry, pollution and disastrous public works policies are to blame for the reduced catches around the island.
The fishers for their part claim that as many as 12,000 cormorants scoffed at least 5 million tonnes of fish a day in waters off Oristano province between October and April.
Environmentalists challenge those figures, however, saying they are not supported by official data, and argue that previous culls of the sea birds in the past have yielded no concrete results.