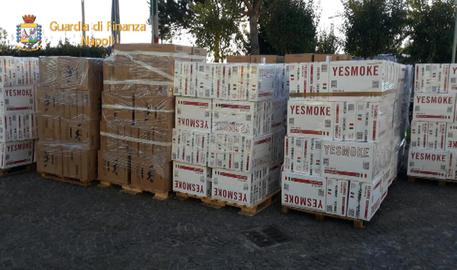 (ANSA) - Naples, June 18 - The number of contraband cigarettes on the Italian market increased 20% in 2014, according to figures in a report by auditors KPMG presented on Thursday at a two-day conference organised by British American Tobacco.
It said some 4.42 billion illegal cigarettes were consumed in Italy last year, with a loss of tax revenues of 770 million euros for the State.
KPMG estimated that illegal cigarettes accounted for 5.6% of the overall market, up from 4.7% in 2013. The situation is even worse in many parts of the rest of Europe. The report said that some 56.6 billion illegal cigarettes were consumed in the European Union last year, 10.4% of the overall market.