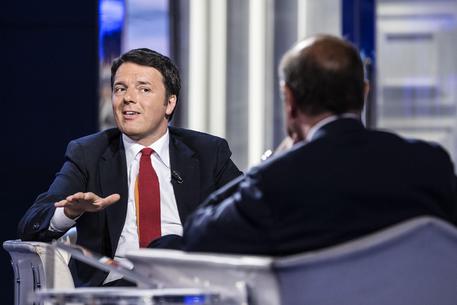 (ANSA) - Rome, June 16 - Italian Premier Matteo Renzi blasted the anti-establishment 5-Star Movement's (M5S) proposal for a 'citizens' income'.
Renzi called the M5S proposal, a system of benefits for low-income families included in a bill before the Senate, as "unconstitutional and wrong" during an interview on television talk show Porta a Porta.
"I don't believe this is the task of politics. We don't give money for staying at home," Renzi said.
Meanwhile, the premier said his government was praised for cutting the number of trials "by 20%".
He said the praise came Tuesday at a European Council meeting of justice ministers in Luxembourg.
Justice remains a government priority, along with streamlining public administration and reducing fiscal pressure.