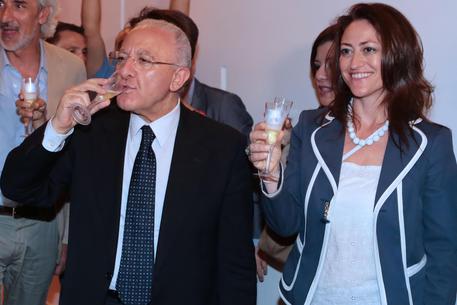 (ANSA) - Salerno, June 12 - A senior official with the city of Salerno and partner of Campania Governor Vincenzo De Luca was ordered Friday to face trial on abuse of office charges.
Maddalena Cantisani, director of building transformation, is scheduled to stand trial on March 14, according to Il Mattino.
Her lawyer said the charges related to a "laughably small" construction project.
Media reports say a small building was illegally destroyed to make room for a parking garage.
De Luca recently won election as the region's governor for Premier Matteo Renzi's Democratic Party (PD) but is under a cloud because of his own conviction for abuse of office in January.
The charge was made in connection with an incinerator project while De Luca was mayor of Salerno, and he was handed a suspended sentence of a year in prison and a one-year ban from holding public office.
As a result of the conviction he was suspended for 18 months under an anti-corruption law passed under the previous Mario Monti administration - the so-called Severino law - but the Campania Regional Administrative Tribunal (TAR) reinstated him three days later.
The TAR ruling is now being challenged because it is a mere administrative tribunal, and some believe that when De Luca tries to hold his first regional council meeting, he will be formally ordered to step down as governor.
Meanwhile, in the Cantisani case other municipal officials, including the head of the building permits office for the City of Salerno, a project manager, engineer and property owners also face charges.