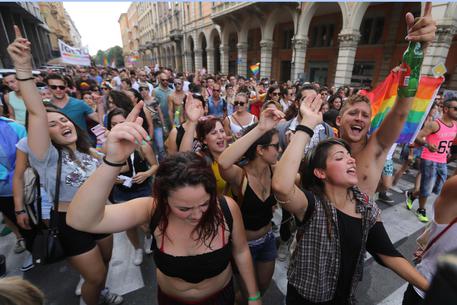 (ANSA) - Bologna, June 5 - A national mobilization called Onda Pride (Pride Wave) organized by gay rights association Arcigay is set to kick off on Saturday in three Italian cities.
"We must demand more, we deserve a better country," Arcigay President Flavio Romani said ahead of the marches to support LGBTI rights to take place in Benevento, near Naples; Pavia, just south of Milan; and Verona, west of Venice.
"It's time to bring pride to the streets, to sound the alarm," he said.
"Parliament and government still don't recognize the lives, the needs and the relationships of gay, lesbian, bisexual, transsexual, and intergender people," Romani said.
The Pride Wave campaign is part of a larger online campaign called It's #HUMAN Pride!, and will take to the streets in 15 different marches throughout Italy between June and July.