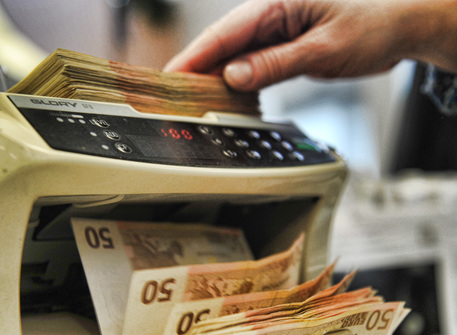 (ANSA) - Venice, May 27 - Italian civil service debts toward private suppliers amounted to 70 billion euros as of December 31, the Bank of Italy disclosed in its 2014 Annual Report, released Tuesday.
"Excluding the roughly 10 billion euros that creditors have ceded to banks without recourse shows that our public administration still owes 60 billion euros to suppliers," said Giuseppe Bortolussi, the secretary of CGIA of Mestre, a small business association that conducts economic research and analysis. "Despite the announcements, the promises and the 56 billion euros made available by governments made available for the 2013-2014 two-year period, the stock of debt is still very high, as our public administration continues to pay very late compared with the requirements of the European Directive introduced in 2013, which requires payment within 30-60 days," Bortolussi said.
The Italian civil service remains the slowest to pay in Europe despite improving by an average of 21 days last year, CGIA said. The civil service in 2015 takes an average of 144 days to pay suppliers, compared to an average of 34 days across the EU. Among Italy's major trading partners, France signs their bills after 62 days, the Netherlands in 32 days, Great Britain in 24 days and Germany in 19 days, the CGIA reported.