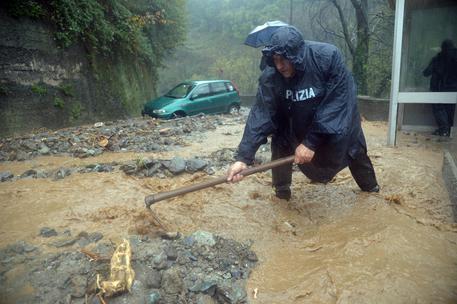 (ANSA) - Genoa, May 25 - The mayor of a small Liguria town in Genoa province panhandled on the local cathedral steps Monday to protest the fact that taxpayers' money doesn't come back. "I am begging to help my town," said Antonio Bigotti, the mayor of Savignone, population 3,200.
"It isn't right that money paid by my fellow citizens should end up in big city dwellers' pockets," said the mayor, who was elected on a civic list.
"It must remain (here)".
Hat in hand and with a friend playing guitar nearby, the mayor said he put together "10 euros so far".
The money will be donated to an association working in post-flood reconstruction, he said. Liguria was hard hit by torrential rains, floods and landslides that killed at least eight people in northern Italy in October last year. The government said at the time that budget constraints would not prevent flood relief for the stricken regions, and suspended Liguria taxes by decree until December 20 last year.