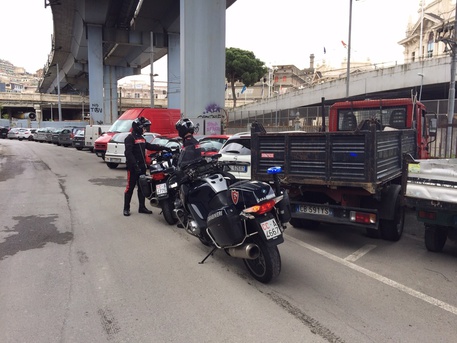 (supersedes previous).
(ANSA) - Genoa, May 22 - A Carabinieri police officer was briefly hospitalised in Genoa Friday after being stabbed in the abdomen with a screwdriver by one of two Senegalese migrants he stopped for a routine check.
The officer has been pronounced out of danger and will be discharged "in the coming hours", hospital sources said. Another Carabiniere was also hurt, less seriously, in the incident. The two migrants, who had been spotted "lurking" near a truck, ran away but were subsequently arrested, police said. The migrant who carried out the attack, 31, risks facing a charge of attempted homicide.
His companion, 49, faces a possible charge of resisting arrest. Political parties voiced sympathy and support for the stabbed Carabiniere.
The head of the anti-immigrant Northern League party, Matteo Salvini, called for the immediate expulsion of the migrant who stabbed him.