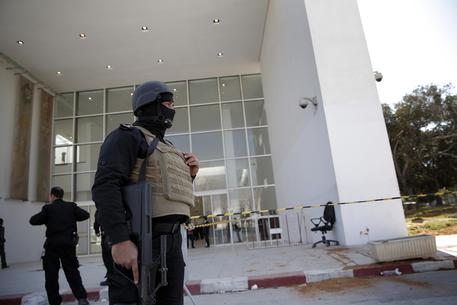 (ANSA) - Milan, May 20 - A 22-year-old Moroccan has been arrested in the area of Milan in connection with the deadly attack on the Bardo museum in Tunis, Italian police said Wednesday.

Tunisian investigators believe that the man, , named as Touil Abdelmajid, planned the March 18 attack in which 24 people died, including four Italians, and also took part in the assault. Italian police seized material from the apartment in the town of Gaggiano, near Milan, where the man was staying and this material will be analysed by intelligence specialists.

The Moroccan man originally arrived in Italy on a migrant boat, ANSA sources said Wednesday. The man was identified in February at the Sicilian port of Porto Empedocle after arriving along with 90 other people on a migrant boat. He was then issued with a expulsion order. Investigators believe the man, who is in Italy illegally, returned to his homeland before going on to take part in the Bardo attack. He was captured in an apartment he was sharing with his mother and two brothers in the town of Gaggiano, near Milan. The question of whether Islamist terrorists could be among thousands of migrants coming to Italy from North Africa is a hot political issue here.