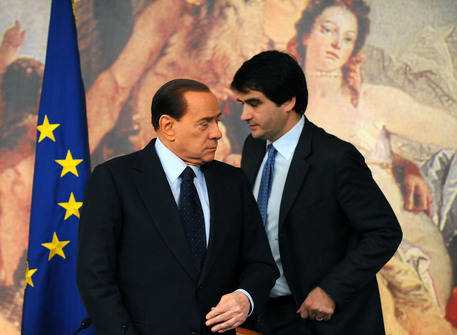 (ANSA) - Lecce, May 15 - Silvio Berlusconi said Friday that he considered Forza Italia rebel Raffaele Fitto to no longer to be a member of his opposition centre-right party. After repeated clashes with party bigwigs as the group dropped in the polls, Fitto's broke ranks with the leadership last month and decided to support an alternative candidate to FI's official runner in his Puglia homeland in this month's regional elections. "There's someone who has done a disturbance operation, a little operation that has no political sense or hope," three-time premier Berlusconi said in the Puglia city of Lecce. "It's someone who wanted to go far, but as far as I'm concerned, they've gone out". Fitto said Thursday that Berlusconi now represented "old politics". "Today Berlusconi represents old politics that has served its time," the former minister and Puglia governor said at a rally. "We are looking to the future on the model of the liberal policies that took (British Prime Minister David) Cameron to victory".