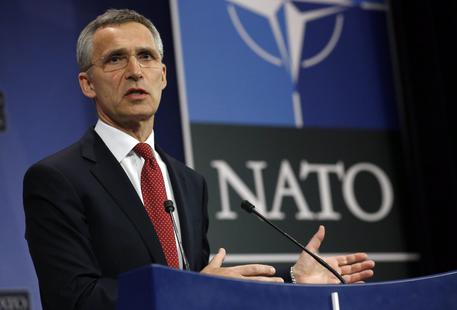 (ANSA) - Brussels, May 14 - The migrant crisis in the Mediterranean is a European matter, but NATO will consider assisting "if requested", NATO Secretary-General Jens Stoltenberg said Thursday.
"Let's let the EU take its own decisions," Stoltenberg said amid mooted plans to destroy people-smuggler boats.
"It is a border control mission, a European operation," he continued in reference to the Triton operation led by the European border control agency Frontex that has been beefed up in response to migrant-boat tragedies off Italy's southern coast last month. "If the EU makes requests of us we will consider them seriously, but so far it hasn't," Stoltenberg said.
NATO is "ready to help strengthen the defence capacity" of Libya "when the situation allows", the secretary general added.
A recent deterioration in the security situation in the North African country has made it fertile ground for people smugglers operating on migration routes into Europe. "We are working with Jordan and Afghanistan and we are considering Iraq," Stoltenberg continued.
In this way NATO is "addressing the root causes" of migration, he said.
The European Commission on Wednesday recommended air missions to destroy empty smugglers' boats - a plan that must be greenlit by EU leaders before getting an OK from the UN.