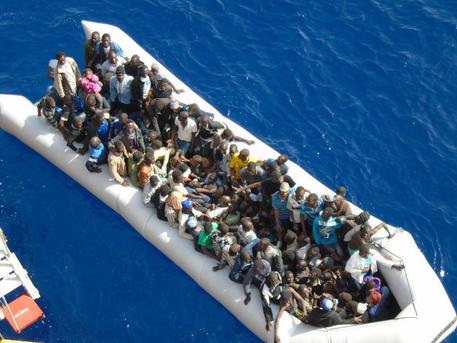 (ANSA) - Brussels, May 13 - The EU College of Commissioners on Wednesday adopted the European Agenda on Migration, which includes a proposed scheme for settling in Europe 20,000 asylum seekers coming from refugee camps in third countries. Italy's quota will be 9.94%, EU sources said. As well, the Agenda calls for a redistribution of asylum seekers already present in Europe. Italy will be assigned 11.84% of them, the sources said.
Italy however is exempted from receiving new refugees because it has already exceeded the quota, EU Foreign Affairs High Commissioner Federica Mogherini said, adding her thanks to the Commission for its work.
"EU Agenda on Migration adopted by the Commission. Thank you @JunckerEU @TimmermansEU and @Avramopoulos for excellent teamwork," she tweeted.
The four criteria for distributing the refugees among member States are population, GDP, number of refugees already hosted, and unemployment rate.
Also part of the plan is to destroy migrant traffickers' boats via air and sea operations in the Mediterranean and in Libyan waters.
A 19-page document on a strategic plan on immigration to be approved at an EU foreign and defense council meeting next Monday may authorize ground troops in Libya to destroy migrant traffickers' boats under a UN mandate, The Guardian UK newspaper reported Wednesday after it got hold of a copy of the document.
Mogherini however denied the EU is mulling any such ground operations in Libya.
"We are planning a naval operation against migrant traffickers," she told a Guardian UK reporter. "We want to assist member States in halting the humanitarian slaughter and offer sustainable long-term solutions" to a problem "that won't disappear just because we're talking about it," European Commission First Vice President Frans Timmermans said while presenting the newly adopted Agenda.
"The reason many citizens don't trust us lies in our limited powers to send those unqualified to enter Europe back to their countries of origin," Timmermans went on. "Sending the unqualified back is an integral part of our plan," he added. "The greatest gift we could make extremists and anti-immigration populists is to make sure a system that doesn't work, remains that way," Timmermans said. Also on Wednesday, the EU Political and Security Committee (PSC) decided to boost its civilian mission in Niger in a bid to stem the flow of undocumented migrants towards Europe.
Some 90% of migrants from western Africa transit through Niger on their way to Libya. "It is only by working with the countries of origin and of transit, with the African Union and the United Nations that we will be able to deal with the root causes of the emergency," Mogherini said. "That way we can destroy the criminal organizations and help migrants escape from their grip".