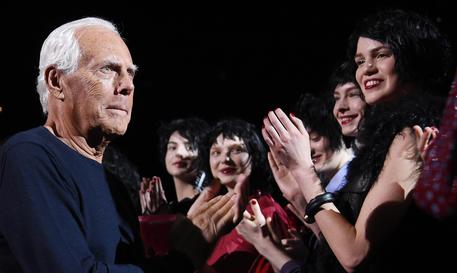 (ANSA) - Rome, April 20 - Italian fashion designer Giorgio Armani created a social media stir on Monday following an interview in the UK's Sunday Times Magazine, in which he said a homosexual man "does not need to dress homosexual".
The 80-year-old fashion icon spoke out about his distaste "when homosexuality is exhibited to the extreme, to say: 'Ah, you know I'm homosexual'".
"A homosexual man is a man 100%. He does not need to dress homosexual," he said.
The designer also criticized women who don't age gracefully but instead undergo plastic surgery, calling the procedures "idiocy".
"A small breast does not have to become big," he said.
Among Armani's other pet peeves are men who are too muscular.
"Not too much gym! I like somebody healthy, somebody solid, who looks after his body but doesn't use his muscles too much".