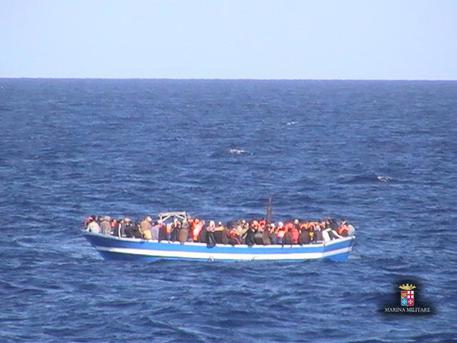 (ANSA) - Brussels, April 17 - European Union sources said Friday that they could "see" the limits of the Triton sea operation in the Mediterranean, but added that there was no consensus among the 28 member states on beefing it up to help cope with the crisis caused by the massive wave of migrants arriving from North Africa. Italy has complained that Europe is not doing enough to help, with the chaos in Libya contributing to a huge increase this year in the already large number of refugees landing in its coasts. There have been a series of migrant-boat disasters and on Thursday Italian police said witnesses had told them that a group of Muslims threw 12 Christians overboard in a fight on the way to Sicily. But the EU sources said that "there is not yet the collective will for a stronger collective maritime initiative" ahead of Monday's meeting of European foreign ministers focusing on Libya.