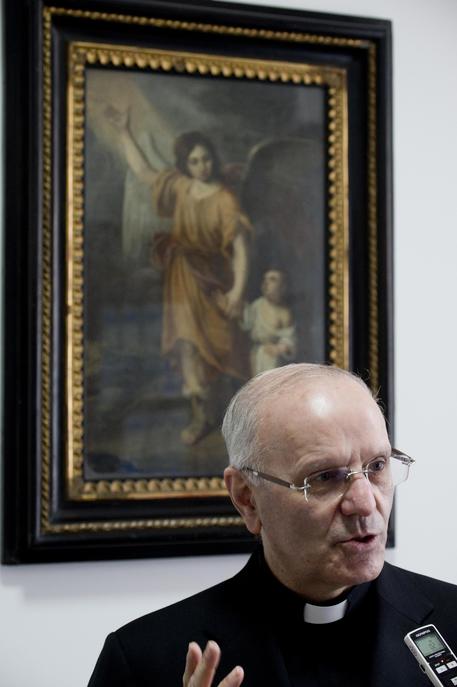 (ANSA) - Rome, April 17 - Europe is "elegantly washing its hands" of a migrant "drama which will be ever more unbearable by Italy" by being unable to find alternative solutions to "armed intervention" or "open arms" policies, the secretary-general of the Italian Bishops' Conference (CEI), Msgr Nunzio Galantino, told Vatican Radio Friday. Italy is bearing the brunt of a migrant emergency in the Mediterranean and is asking the EU to more fairly share the burden of rescuing and receiving migrants.
Italy's year-long Mare Nostrum mission, which ended last November, scoured the Med for migrants while the EU's replacement Triton mission patrols borders and only goes after struggling boats when alerts go out.
Some 170,000 migrants reached Italy last year while about 23,000 have come so far this year compared to about 21,000 in the same period last year, a rise of about 10%.
About half a million migrants are reportedly poised to set off from the lawless shores of Libya.
Migrant centres in Italy have overflowed and migrants and asylum seekers are being housed in hotels, sparkign resistance from regional governments and the outspoken criticism of political parties like the anti-immigrant Northern League, which is rising in the polls.