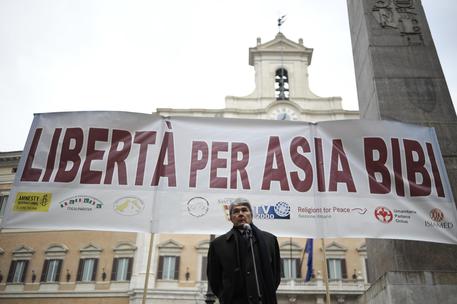 (ANSA) - Vatican City, April 15 - Pope Francis greeted the husband and daughter of Pakistani Christian death row inmate Asia Bibi during a general hearing Wednesday, the Vatican press office said.
The mother of five was sentenced to death by hanging in November 2010 under Pakistan's blasphemy laws.
She remains imprisoned despite a worldwide campaign for her liberation.
Her family arrived in Rome with their lawyer Tuesday with the help of CitizenGO - an internet activism platform that promotes Christian causes - to plead with Italian and European leaders to press for Bibi's release.
http://popefrancisnewsapp.com/