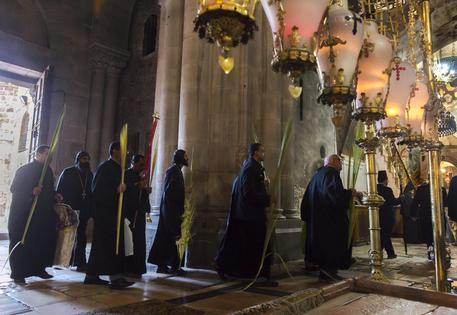 (ANSA) - Rome, April 6 - Islamic State (ISIS) militants destroyed the Virgin Mary Church in the Syrian village of Tel Nasri, according to reports Monday.
The attack on Easter Sunday by ISIS was reported by AINA News, the media arm of the Syrian Christian community.
It said that the attack came after Syrian and Kurdish fighters had tried to return to the village, occupied by ISIS since February 23.
The agency said that ISIS kidnapped some 373 people on that date, and while 23 have been released the fate of the others is not known.