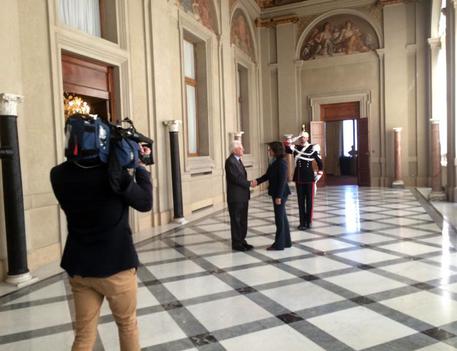 (ANSA) - Rome, March 19 -ISIS "is spreading inside Libya" and "there is the risk of it transforming that country into a base for its terrorist activities into Europe", Italian President Sergio Mattarella told Christiane Amanpour in an interview aired by CNN on Thursday. "And finally the chaos there is in Libya helps traffickers of human beings who send out to sea so many men, women and children, exposing them to huge risks while earning huge amounts of money", the president also said.

Mattarella called on the international community to provide urgent support for efforts by the UN and its envoy Bernardino Leon to promote a ceasefire and the creation of a Libyan government in his first interview to CNN aired on Thursday. He said the UN would subsequently have to organize a mission to help the government's stabilization. "Italy is ready to play its part", he told CNN's Christiane Amanpour.

The president said it was truly disconcerting to hear that shooting oF helpless people was hailed as heroism calling it instead the "most barbaric" act, in an interview to CNN aired Thursday during which he spoke about the attack on Tunis' Bardo museum. ISIS, like all fundamentalist terror organizations, is the "new true enemy" of civilization, democracy and human rights, he said.