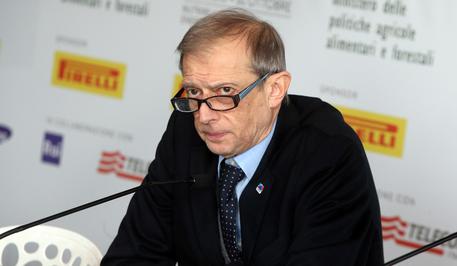 (ANSA) - Turin, March 16 - Turin Mayor Piero Fassino on Monday called for national laws to protect against homophobia, following an episode at the weekend in which a 21-year-old gay man from Turin was punched in the face and subsequently reported the act of violence to police.
Fassino expressed solidarity with the victim and his family, and said the aggressors would be sought and brought to justice.
The 21-year-old victim reported being punched in the face by a man after riding a night bus home from a dance club, and said he reported the incident to police in order to raise awareness.
"I want to highlight that the problem of homophobia exists and make it visible to everyone," said Stefano, the victim.
"Heterosexuals can't even remotely imagine how difficult it is to be gay in Italy," he said.
The act of violence was brought to the attention of the press by gay rights associations Arcigay and Gay Center, the latter of which sponsors the Gay Help Line, an anti-homophobia call center that the victim contacted after filing his police report.
"We ask local institutions, starting with the schools, to increase the work of education and communication to defeat this social plague for good," said Marco Giusta, president of the Turin chapter of Arcigay.