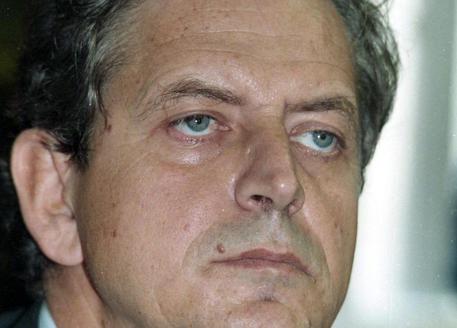 (ANSA) - Rome, March 16 - A top former manager at the infrastructure ministry was arrested in a major public-works graft probe Monday that reportedly involved work on the Florence stretch of the TAV high-speed rail line as well as preparations for the Milan Expo 2015 world's fair plus motorways, a Sardinian port and metro works in Rome and Milan.
Ettore Incalza, a public-works honcho for seven governments who now works as a consultant, was among four arrested including businessmen Stefano Perotti and Francesco Cavallo, as well as Incalza's aide Sandro Pacella, in a probe that saw more than 50 people including politicians placed under investigation for suspected kickbacks that inflated costs by as much as 40%.
Transport and Infrastructure Minister Maurizio Lupi's son was allegedly hired by an engineer, Giorgio Mor, at Perotti's behest in what a judge said was a favour that might have been reciprocated in some way.
The indirect hiring of Luca Lupi by Perotti may have been part of "an illicit quid pro quo" by the minister, the judge said in papers on the case.
The worries of the businessman who actually did the hiring, Mor, and of Perotti himself, that it could be seen as "inopportune" supported this idea, the judge said.
The suspects arrested in the mushrooming probe gave Lupi a tailor-made suit and his son a Rolex watch as a graduation present, judicial sources added.
Cavallo, one of the four arrested men said to have a "close relationship" with Lupi, arranged for a tailor, Vincenzo Barbato, to cut the suit to measure for the minister, according to telephone calls cited in the order written by a Florence judge for the arrest of the four.
Also mentioned in the warrant was a gift by Perotti and his wife of a Rolex watch worth 10,350 euros to Luca Lupi that was allegedly delivered by Cavallo.
Minister Lupi strongly denied Monday asking favours for his son, saying the young man was so bright he didn't need paternal string-pulling to get a job.
"Luca graduated from the Milan Polytechnic in December 2013 ... after a period of six months at the American SOM studio of San Francisco, where he was sent by his professor for his thesis," Lupi explained.
"As soon as he graduated he received a job offer from the same studio at its New York office".
The minister added that "while waiting for his visa to work in the United States... he worked at the Mor studio in Genoa with a self-employed contract for 1300 euros net a month".
"In January 2015 the studio SOM offer was reiterated, his visa finally arrived and since early March my son is working in New York".
"I repeat I have never asked anything from anyone for his work, and it seems to me that, given his curriculum, he doesn't need it. "I never asked engineer Perotti or anyone to give my son a job," he said. "It's not my habit and it would be behaviour I would regard as profoundly wrong," said Lupi.
Lupi vowed that the probe would receive the government's "utmost cooperation".
The anti-establishment 5-Star Movement (M5S) demanded that Lupi quit, saying Premier Matteo Renzi has "scrapped legality".
Alessandro Di Battista, an MP for M5S, said Lupi should resign following "yet another corruption scandal." Speaking at a news conference in the upper house, Di Battista said "Renzi has scrapped legality in this country". "Lupi must resign, it's a government of hooligans", Di Battista said.
"The fact that Lupi is defending Incalza proves that he is guilty," Di Battista claimed.
In other news out of the probe, former Expo world's fair manager Antonio Acerbo was said to be under investigation along with Perotti and Italy Pavilion former facility manager Andrea Castellotti for suspected bid-rigging at the Italy Pavilion. Inspectors believe Acerbo steered a 25-million-euro contract to build the so-called Italy Palace (Palazzo Italia) at Expo to a construction consortium called Italiana Costruzioni. Acerbo last month copped a plea of three years in prison over graft in Expo constrcution work.
It was also claimed that Deputy Infrastructure Minister Riccardo Nencini allegedly got his post thanks to Incalza.
Wiretaps contained in a preliminary arrest warrant revealed what prosecutors said was the "extremely tight connection" between the suspect and Lupi.
"After you sponsored Nencini....we made him deputy minister," Lupi tells Incalza in the tapped conversation from February 28 last year.
Perotti, meanwhile, allegedly boasted of having "a mountain of works" worth 25 billion euros over 15 years including Rome and Milan metro expansions.
In July 2014 he referred to the long list of major contracts in which he was involved, investigators said.
At the end of January, Perotti was "engaged in directing work" on at least 10 major projects, investigators added.
Those allegedly included the new Metro C line in Rome, two sections of the Milan subway system and high-speed rail projects in Reggio Calabria, officials said.
The probe uncovered an "articulated corruption network", judicial sources said. Construction of a new port at Olbia on the island of Sardinia is also being looked into by investigators.
Investigators believe bribes were paid to officials to influence the awarding of public contracts and other potential charges relate to obstructing proper public administration.
Incalza, investigators said, was "the boss of the business" for over 30 years.