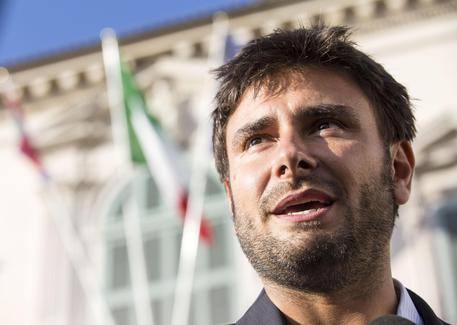 (ANSA) - Rome, March 13 - A member of the anti-establishment 5-Star Movement (M5S) said Friday "we have to get free of the central Nazism of Germany and the EU institutions because they want to colonise southern Europe via their economic policies". Alessandro Di Battista, deputy chair of the House foreign and EU affairs committee, said "I use the term Nazism not for the German people but referring to the institutions that are killing peoples". He said the euro was "a dead weight Italy must be free of...the reality is we are slaves of the mark. "We aren't in the euro but substantially in the mark", Di Battista said.
Beppe Grillo's M5S is an anti-euro party which won about a quarter of the vote in the 2013 general election.