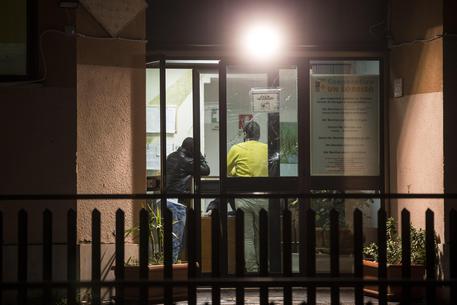 (ANSA) - Rome, March 12 - Rome authorities transferred refugees living at a reception centre in a low-income suburb Wednesday following a fresh episode of seemingly anti-immigrant unrest in the area.
Roughly 40 refugees were moved away from the centre in Tor Sapienza, a working class neighbourhood in eastern Rome that was the scene of clashes between immigrants and residents last November, after three rubbish bins were set alight and tyres burned. They were the only remaining residents at the centre in Via Morandi after city authorities were forced to relocate 36 underage refugees for safety reasons in response to the November violence.
"This is a defeat for the entire city," said social policies councillor Francesca Danese on Wednesday evening.
"Now these people are forced to pack their bags again, victims of the umpteenth provocation, of manipulations which I believe come from the (political) right. They don't deserve it and the neighbourhood doesn't deserve it," she continued.
Residents, however, expressed their "exasperation over conditions in the neighbourhood, where they have long complained of poor services, ill-lit streets, and a rising crime rate, including several attacks on women.
"Here the anger has never subsided, the calm is only apparent and the tension can be cut with a knife," local spokesperson Sandra Zammataro said. "In spite of promises the city council has still not found important solutions to important problems, we are talking about illegal occupations, the refugee centre and the Roma camp," she continued.
In November Senate Speaker Pietro Grasso warned against dismissing the anti-immigrant violence "merely as racism".
"This would be a major error of evaluation: I believe those protests are a request for help and for attention," he said.
"The unrest in Tor Sapienza has forced us to ask questions that remain unanswered," Grasso continued.
"The problems facing these neighbourhoods are the same as those facing the country: unemployment, insecurity, school abandonment, absence of services," he added.