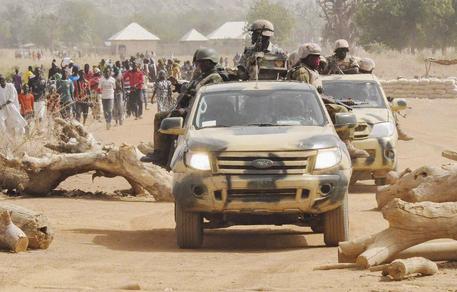 (ANSA) - Rome, March 12 - The Nigerian government said Thursday it has reclaimed 36 cities and towns from Boko Haram since the beginning in February of a four-nation military offensive against the Islamic fundamentalist insurgency.
These include the city of Damasak, where Boko Haram reportedly suffered heavy losses, and Buni Yadi, a key town in Yobe state.
Three others were in neighboring Borno state, which has suffered repeated attacks by the militant group that launched military operations in 2009 in a bid to carve out an Islamic fundamentalist state in northeastern Nigeria.
National security spokesman Mike Omeri thanked neighbouring Cameroon, Chad and Niger for cooperating in the campaign against the Islamist rebels.
National elections are scheduled to take place in Nigeria on March 28.