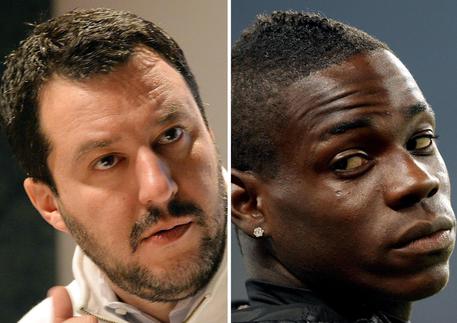 (ANSA) - Rome, March 8 - Liverpool striker Mario Balotelli got embroiled in a verbal tussle with Matteo Salvini after the Northern League leader directed derogatory comments at a former teammate - AC Milan's Ghanaian midfielder Sulley Muntari.
"Immigrants who work well are welcome," Salvini, whose rightwing party adopts hardline positions on migrants, said on his Facebook page at the weekend.
"So Muntari can go back home". Balotelli, who has Ghanaian roots, jumped to Muntari's defence. "Can this person be serious when he says such things," said the 24-year forward, who has scored 13 goals in 33 appearances for Italy, via his Instagram account. "And yet, he's a politician. In that case, vote for me - it's better". Salvini's hit straight back.
"If Balotelli does politics like he plays soccer, he'd better leave well alone," Salvini told his party's radio station, Radio Padania.
"It annoys me to see Muntari play because he's no good. He could be tall and blond with blue eyes. It wouldn't make any difference".