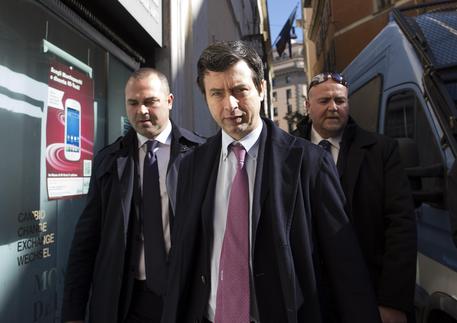 (ANSA) - Rome, March 4 - A series of new environmental crimes are closer to becoming law in Italy after the Senate on Wednesday approved an establishing bill.
The bill, which must now return to the Lower House for its third reading, creates new crimes regarding environmental pollution and disasters.
As well, it establishes culpable felonies against the environment, trafficking and abandoning radioactive material, and the crime of impeding environmental controls. Several high-profile environmental scandals have made headlines in Italy in recent years, including problems linked to the so-called 'ecomafia', responsible for the illegal burial and burning of toxic waste in the so-called Land of Fire's area of Campania around Caserta. The new legislation "responds to the great need for justice and environmental protection from all over our country," said Senate Speaker Pietro Grasso, a former anti-mafia magistrate.
He added the measures should help to ease "the pain" of many Italians particularly those connected to the Land of Fire. Other cases have related to polluting industries and companies blamed for creating toxic conditions that have contributed to the deaths of workers. "This bill is a positive starting point for the punishment of environmental crimes," said Senator Felice Casson of the Democratic Party (PD).
Justice Minister Andrea Orlando said the bill was a "response to the many injuries that have hit our country in the environmental realm".
The number of environmental problems created by industry in Italy has threatened to mar the country's international stature and reputation as a beautiful destination for visitors from around the world.
The Eternit case involving hundreds of workers' deaths by asbestos poisoning was cited by politicians as giving extra impetus to the new measures.
Orlando said the bill provides "the best policy response to a case such as that Eternit because it redefines the offenses".
Prosecutors in Turin less than two weeks ago called for a new trial for the former owner of Eternit, Stephan Schmidheiny, after charges against him in connection with the asbestos-related deaths of 263 people had "timed out even before the trial had started", Italy's highest appeals court said in releasing its decisions for a ruling last November.
Schmidheiny had been charged with failing to provide adequate safety measures at four Eternit plants in Italy, charges he has denied.
Another high-profile case of environmental damage involves Europe's largest steel plant, ILVA, located in the southern port city of Taranto where it has employed some 20,000 people and been blamed for decades of health and environmental degradation.
Earlier this week a decree rescued the insolvent ILVA plant - parts of which were seized more than two years ago by judges to cover some of the costs of cleaning it up and meeting damage claims related to high levels of cancer in the area.