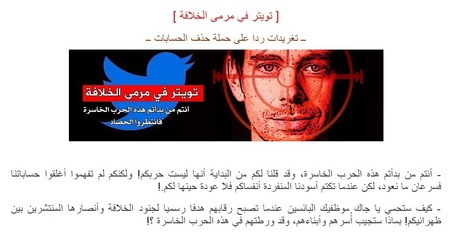 (ANSA) - Rome, March 2 - Islamic State (ISIS) fundamentalist militia has issued an online threat online against Twitter co-founder Jack Dorsey, picturing him in the crosshairs of a gunsight, ANSA sources said Monday.
The threat in Arabic posted alongside the photo encourages jihadists to target Twitter and its employees.
The online social network in recent months has shut down accounts used by Islamic extremists and their supporters, and is currently working with law enforcement to verify this threat against the company.
Also on Monday, Iraqi forces launched a military campaign to retake the Iraqi city of Tikrit - the hometown of late dictator Saddam Hussein - which is currently under ISIS control.