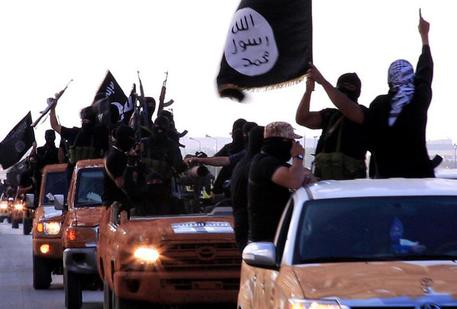 (ANSA) Rome March 2 - A 37-year-old man of Algerian origin who studied at Naples University's Oriental Studies faculty is the author of Isis' first online manual in Italian, Il Tempo reported Monday.
"It's not clear if he is still in Italy but certainly in the past he was in Rome in some suburban mosques and also in Milan," the Rome newspaper said, citing "internal sources in the Italian Islamic community".
The tract entitled "the Islamic state, a reality" was published on jihadist sites and was aimed at would-be terrorists in Italy, security sources say.
The man, identified only by his initials K.H., produced the chilling manual a few months ago "using parts of Islamic state magazines and documents in Arabic and English and translating them into Italian, a language that he knows perfectly," the sources were quoted saying.
K.H. may already have left Italy for Libya as he felt "hunted by the security services," the sources added.