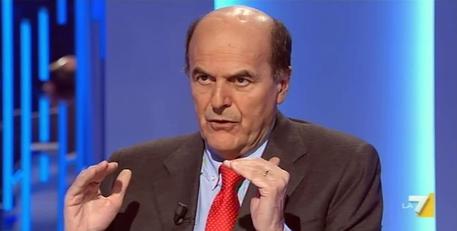 (ANSA) - Rome, February 26 - Former Democratic Party (PD) secretary Pier Luigi Bersani told L'Avvenire newspaper in an interview to be published Friday that he will boycott a meeting of party MPs with Premier Matteo Renzi due to deep disagreements on the government's Jobs Act and Constitutional reforms.
"I'm not even considering it," Bersani said of the meeting scheduled for Friday. "I don't agree to party executives becoming movie extras". The former party chief also threatened to pull his support for the premier's so-called Italicum electoral law reform.
"If Constitutional reform continues in this way I will never agree to vote for the electoral law," he said.
Bersani charged that Renzi's Jobs Act labour reform "places the worker in a pre-70s relationship with the power structure" and is therefore "outside the Constitutional order".