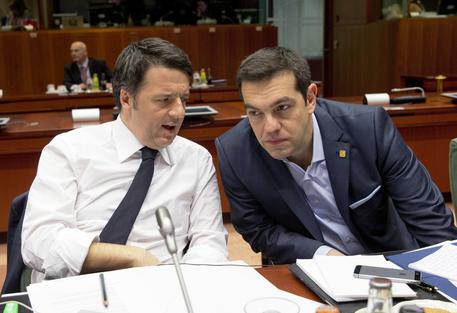 (ANSA) - Rome, February 23 - Tensions were rising across the eurozone Monday as Greek Premier Alexis Tsipras worked to a midnight deadline preparing a list of reforms his country will make in return for a bailout.
Eurogroup finance ministers on Friday agreed to a four-month extension of European assistance for Greece if it approves of Tsipras's list of reforms to be made to the Greek economy.
Talks on Friday involving Tsipras and Finance Minister Yanis Varoufakis went down to the last minute as Italy's Economy Minister Pier Carlo Padoan and his colleagues from the eurozone worked to create a deal to help Greece and also shore up confidence in the common currency.
Tsipras is expected to pledge labour reforms, a crackdown on tax evasion and tax avoidance, and published reports Monday suggested tax reforms that could target high-income Greeks would also be on the list.
German newspaper Bild quoted sources saying Tsipras plans to recover as much as 7.3 billion euros with its measures to combat tax evasion.