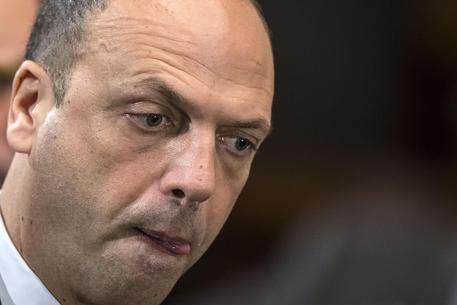 (ANSA) - Rome, February 23 - Angelino Alfano, head of the New Democratic Centre (NCD) party, defended Monday his decision to remain in Premier Matteo Renzi's coalition government, saying "we are changing the country".
In a keynote speech to the leadership of his centre-right party, Alfano, the interior minister, said his role in the government gives the NCD actual authority.
"What is the use of having 12% in the opinion polls if then you can't use it to govern and change the country, if your keep it in the freezer like the Northern League?," said Alfano, referring to the regionalist party that has been gaining in polls.
"We are the only ones who are working to rebuild a big moderate and popular force, the only possible alternative to a serious confrontation with the Democratic Party (PD)," Alfano said.
NCD national coordinator Gaetano Quagliarello underlined that in forthcoming regional elections "one certainly can't imagine lists of candidates in which the liberals and popular candidates stand with the social democrats, or worse still with those who want to take us out of Europe".